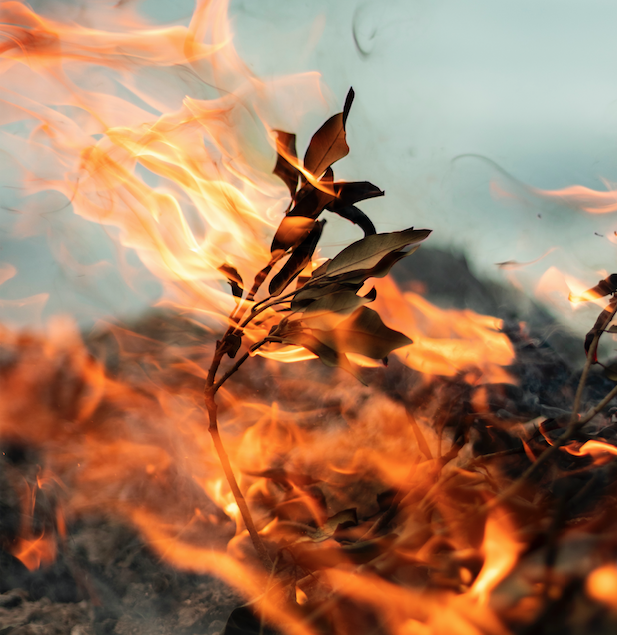 We are demanding a U.N. resolution on prohibiting the exploitation of primary forests ravaged by fire and deforestation, as well as for the inclusion of all primary forests on the UNESCO World Heritage list.

Within a framework established by the U.N., it is vital that all States must jointly and with international aid, put all means into action, to restore the forests’ fauna and flora to their original state.

An international convention would compel the States to take measures prohibiting all commercial exploitations of the lands that are victimised by deforestation. Let us as well demand measures to accompany the farmers who deforest for subsistence needs, by proposing alternative means of managing these lands.

Animal breeding and agriculture (causing 80% of deforestation, of which 45-50% correspond to the needs of « commercial » agriculture), are largely responsible for forest fires. They are also significant greenhouse gas emitters and thus responsible for the calamities affecting the people, nature and animals. These calamities are already on our doorstep: water scarcity, soil pollution, groundwater and ocean pollution, pollution of the air we breathe, an alarmingly exponential growth of climate refugees (between 200 million and 1 billion in thirty years) and a dramatic decline of biodiversity (the rate of species extinction has multiplied by 100 since the beginning of the 20th century).

The massive destructions striking the forests, which are essential for removing carbon dioxide in the atmosphere, will only escalate the insidious process of degrading the quality of life for each and every one of us, resulting in the funeral procession of the sixth massive extinction on Earth.

« When the last tree is cut down, the last fish eaten, and the last stream poisoned, you will realize that you cannot eat money. » Sioux Proverb